A one month trial of the chicco stroller was a terrible failure. So we went with the ever popular City Mini and we couldn’t be happier so far. 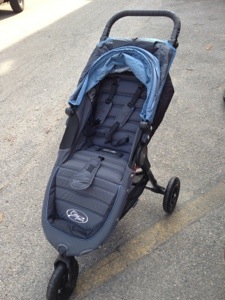 Hey! Watch where you’re going – this road ain’t big enough for the both of us. 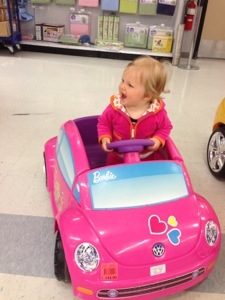 Someone figured out how to open cabinets… 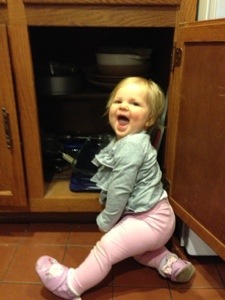 I swore I would never dress my daughter in a ballerina outfit. And then I found this in the closet.

Today we were all forced to stay inside due to the crazy manhunt for the Boston Marathon Bombers.  I followed the saga closely since it started right as Kaya spiked a fever and we were up nearly hourly last night.  A few things I’ve learned today:

1.  It is really hard to entertain an 8 month old in a small apartment all day, especially a cranky one with a fever.  She smiled once today, because she likes the camera.  The rest of the time she complained that it was 70 degrees outside and 102 degrees in her body and we were inside.

3.  Tommy still manages to be on business calls all day even when no one else in the city is working.

4. People from Chechnya are called Chechens.

6.  EOD stands for Explosive Ordnance Disposal.  What does ordnance mean?  I don’t know.

7. The Boston Police rock.  This crowd told me so.

And the packing begins!

Kaya and I needed a pick-me-up kind of day after all the sadness and sirens around the city for the last few days.  First, we went for 2 hour walk around town and eventually wound up at the dog park. 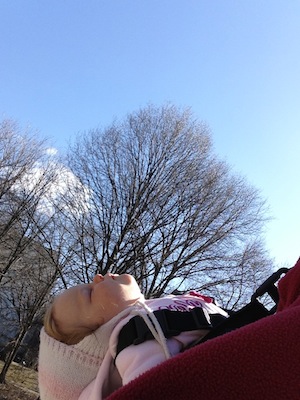 Then we went home and played.

Then Kaya participated in a research study at the Boston University Cognition Lab – she LOVED it because she got to watch a movie, which she never gets to do at home.  And she got a shirt for her efforts! (It says “BeaUtiful young scientist” in case you can’t read it)

Then we went home and played some more.  Max accidentally got locked on the stairs.

Then we took a nap (both of us).  No picture available.

Then we went for another walk and played on our blanket.  And so it goes.

Happy Patriot’s Day from Boston! This holiday is second only to the 4th of July as best days of the year in Beantown. I am working nights this week, but managed to drag myself out of bed to see the leaders run by with the rest of the family.

Addendum: We’re all safe at home. Our prayers to the victims at the finish lines.

Daddy, please stop doing the taxes and play with me! 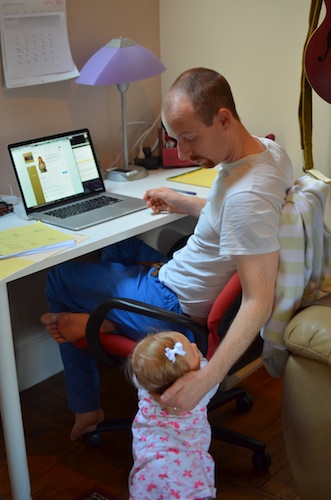